This may seem like a totally weird mascot to have, but the Montgomery Biscuits are a real team from Montgomery, Alabama.  This is a double A affiliate of the Tampa Bay Rays, a professional baseball team.  The biscuits logo is not complex, but it includes one of the most interesting mascots that I have ever encountered (out of the dozens of wacky minor league baseball logos).  The logo includes a golden M, in a cursive style, slanting to the right.  The golden M is outlined in a dark blue, which really makes it pop.  The M is the normal, ordinary part of the logo.  However, off the the left of the M, is a cartoon biscuit peering around the edge.  It is complete with a butter tongue and big googly eyes that sit on top of the biscuit.  The biscuit has hands, in what seem to be Mickey Mouse style gloves, that hang on the the edge of the M.  The logo is one that I find to be funny, and not even the least bit intimidating, but the creativity and just plain randomness of the mascot make this logo one that you won’t forget.

Tonight is the 2014 NFL Draft.  If you didn’t already know, the best team gets the last pick, and the worst team gets the first pick.  This year, the Houston Texans have the first pick.  You might think that the Houston Texans are lazy, because they call themselves the Texans, which is where there are from, and that their logo is just a cow.  Think again.  They call themselves the Texans because of their heritage, and the Longhorn cow, that is have blue and half red with a single star for an eye, is also because of their heritage. Texas used to be its own republic, the Republic of Texas, before joining America.  Its flag had a single five point star on it, and was transferred over to the state flag as it is now.  that is why the cow has a single star.  the new flag of Texas also has adopted the red white and blue from the American flag, and that is why the red and blue.  It is kind of a don’t judge a book by its cover situation here.  Thanks for reading.

Many football fans know the Minnesota Vikings from Adrian Peterson, or the famous Metrodome stadium.  Minnesota is home of some of the most loyal fans of all time.  However the Minnesota logo is the true stand out of all.  The logo is a viking with a yellow and purple helmet.  The viking has yellow hair and a long yellow mustache.  This logo stands out because of the focus in the vikings eye.  He looks like he is going to run into anyone in his path.  Also another cool logo that the Minnesota Vikings have is their purple helmet.  The helmet is a matte purple color and has two viking horns on each side.  Whats cool about these two logos is that they are not big and overwhelming.  The logo was changed in 2013 to change the outlines.  However the first logo came out in 1961.  Overall the Minnesota Vikings logo looks very loud, and focused.

Sometimes the flashy logos aren’t the best.  The more complicated and busy the logo is, the harder it is for the fans to understand.  The San Francisco 49ers do a great job keeping the logo simple.  Even from their begginings they have never had a very complicated logo, sticking to the same basic logo.  The current logo is just a red oval outlined in gold and then thick black.  In the middle of the oval is what really catches the eye.  There is a big white SF.  The S is slightly overlapping the F just like so many other sports logos do.  The SF shows what the team is without too many distractions.  The simple old fashioned logo is one of the best, in my opinion, even though it hasn’t changed very much throughout the teams history.  Other teams have changed their logos countless times just trying to have a logo that can really stay with the team for a long time and be as famous and one like that of the San Francisco 49ers.  The 49ers went to the basics when they made their logo and it paid off.  They have a great logo and one of the best teams in the NFL as well.  Go 49ers!  #ninernation

Baseball season has finally returned, and it has brought a few changes with it.  This year, teams will be able to challenge a call using instant replay, much like the NFL.  But that isn’t the only change in baseball that is still recent.  Last season, the Houston Astros switched from the National League to the American League.  This switch also prompted them to change their logo and their uniforms.  The uniforms have a simple design, pairing the colors orange and navy blue.  The home uniform has big block letters reading “Astros” across the chest, while the visiting uniforms say “Houston” in the same font.  The logo on the hat is what made the most change.  The logo used to be a red star that looked like it was streaking across the hat from left to right, but now the logo is simpler, in my opinion.  It starts with a solid orange star that is shaded to make it look peaked in the middle.  In front of the star sits a solid block letter H.  The H is white, making it stand out from the surrounding blue hat.  This logo is much simpler than the previous one, and it has a clean, professional look to it.  The colors make it easy to see and it is easy to tell what it is.  Overall, I say the new logo is an improvement from the previous one.  If only it would improve their play.

Have you ever looked down the candy isle and ever wondered why every chocolate bar is a bland rectangle?  Well have you ever seen the Toblerone candy bar and wondered why it is a triangle with a weird, bulky box that covers the chocolate?  Toblerone candy bar is a Swiss Chocolate bar known for its distinctive triangular prism shape.  This bar was created by Theodor Tobler in 1908.  He consisted the bar with milk chocolate containing nougat, almonds, and honey.  I could go on and on describing how the bar looks and tastes but did you see the hidden logo, on the outside of the bar?  Can you all spot the bear in the middle of the Swiss Alps? This bear is a symbol of the town where the Toblerone was first created.  This bear is a brave animal for the city of Berne, Switzerland and that is where the company began.  Also the bar consists of triangular shapes.  These are to symbolize the Swiss Alps because they look like mountains!

Toblerone candy bar also has a unique font and color to the logo.  All of the letters are capitalized giving the logo a strong look.  The writing also has a black and gold outlying just to make it stand out more than it already does.  This candy bar is a good example of diversity because it stands out from all the rest.  Another candy bar that is special in its logo is a Snickers.  The Snickers logo is good because the entire name reads across the bar. 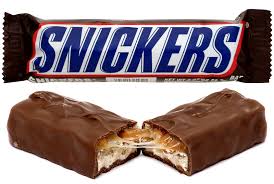 It is very easy to see the name on the candy bar.  Also the words are covered by a red outline which make the logo stand out.  Both of the candies; Toblerone and Snickers are well liked because they are good to eat, and their logo makes them stand out above the rest.

As most of you know, the Olympics are going on this week.  It has been a crazy first week at the Olympic facilities.  First we want to congratulate men’s ski slope style for a clean sweep on the podium.  Keep it up America!!  The Olympics started out with the opening ceremony when one of the Olympic rings did not explode to create the rings.  This is what the rings looked like in Sochi!

As you can see the upper right ring did not explode to create the rings.  The Olympic rings is one of the most symbolic moments for the athletes, fans, and especially for Russia.  One quick fact is that when the opening ceremony aired on live television Russia did not show the last ring, they made it seem like the rings opened!  I feel bad for Russia because the awesome show was forgotten because of the rings mishap.  Although Russia had the ring error it might not be a bad thing because, it will be remembered for a very long time.